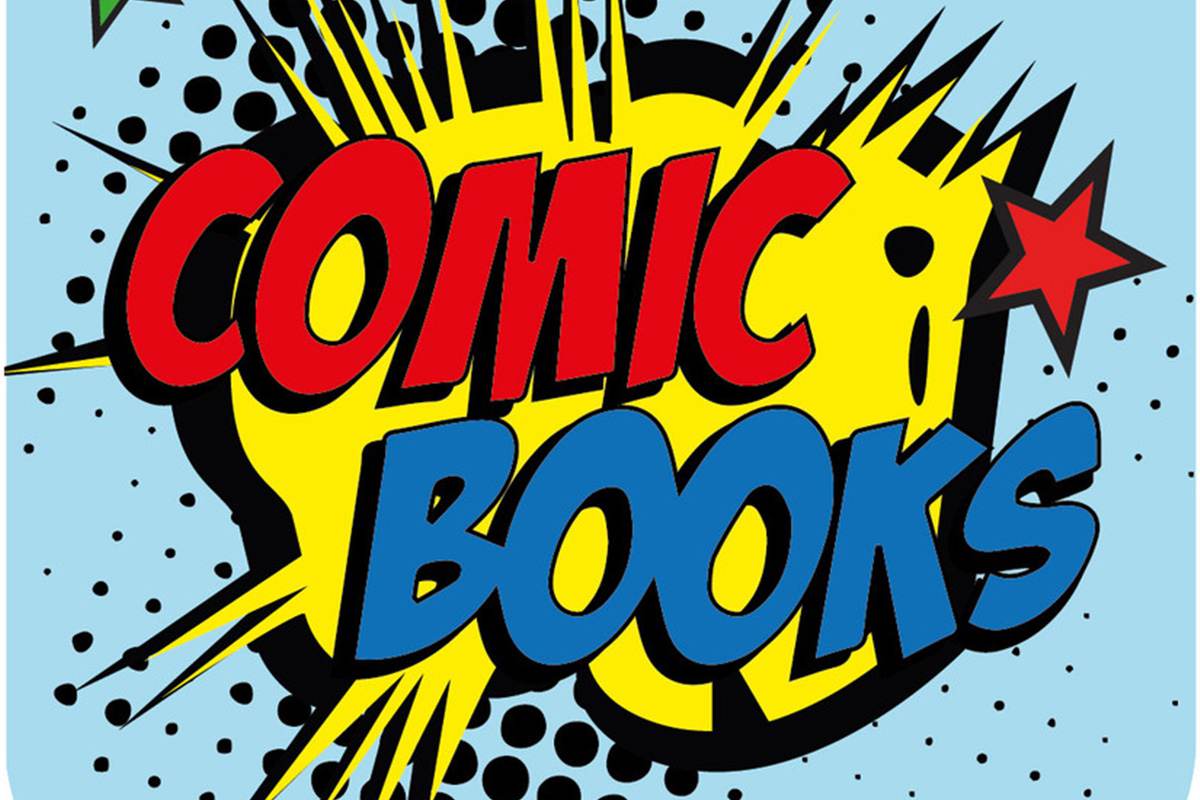 Looking for the best comic books from reddit? Over the last decade, there are so many movies and TV series created based on these comic book stories. These books are so classic that every young adult should read at least once.

How do we come up with this list? We analyzed how many time each book was mentioned in reddit and present this list. Each book has been mentioned over 100 times in 2017, they may not be the best of all time, but definitely the most talked about and most popular comic books in reddit.

Following his ground-breaking, critically acclaimed run on Detective Comics, writer Scott Snyder (American Vampire) alongside artist Greg Capullo (Spawn) begins a new era of The Dark Knight as with the relaunch of Batman, as a part of DC Comics--The New 52!

After a series of brutal murders rocks Gotham City, Batman begins to realize that perhaps these crimes go far deeper than appearances suggest. As the Caped Crusader begins to unravel this deadly mystery, he discovers a conspiracy going back to his youth and beyond to the origins of the city he's sworn to protect. Could the Court of Owls, once thought to be nothing more than an urban legend, be behind the crime and corruption? Or is Bruce Wayne losing his grip on sanity and falling prey to the pressures of his war on crime?

Collecting the groundbreaking first year of Ultimate Spider-Man in one colossal trade paperback!

High school, puberty, first dances - there are many pitfalls to being young. Compound these with intense personal tragedy and superhuman powers, and you can start to visualize the world of Peter Parker, a.k.a. Spider-Man. Following the murder of his uncle and the Green Goblin's assualt on his high school, Peter finds himself on the brink of manhood: getting a job at the Daily Bugle to help support his widowed aunt and taking on extracurricular activities - such as bringing down the Kingpin, the head of organized crime in New York City!

3. The Flash By Geoff Johns Book One

The first in a series of paperback books that collect all of the best-selling issues of THE FLASH written by best-selling writer and Chief Creative Officer of DC Comics, Geoff Johns Wally West finds himself without his super speed in a darker, mirror version of Keystone City. Can a powerless Flash defeat Captain Cold and Mirror Master to save the city he loves? Plus, the Flash is shocked to learn that a strange cult is killing all the people he has ever rescued. Featuring art by fan-favorites Ethan Van Sciver, Scott Kolins and more Collects The Flash #164-176, The Flash Iron Heights #1, The flash secret Files #3, The Flash Or Worlds at War #1.

First, the Flash must battle against every hero's nightmare--a sentient super-costume that consumes the life force of anyone who wears it. Then, the Fastest Man Alive must find a way to counter his old foe the Mirror Master before everyone he cares about is reverse-aged out of existence. After that, Wally West barely has time to breathe before he's forced to enter a race spanning all of time and space against an unbeatable opponent--with the loser's world to be erased from existence! Of course, with friends like Jay Garrick, Max Mercury, and Jesse Quick by his side, the Keystone Coment can face down nearly any threat imaginable--but not even an entire team of speedsters can outrun death itself. And when the Black Flash comes for him, Wally will have to go deeper into the Speed Force than he's ever dared--or lose everything he holds dear!"

4. The Flash by Mark Waid Book One

Superstar writer Mark Waid's run on THE FLASH is now re-collected in a new series of graphic novels, beginning with THE FLASH BY MARK WAID BOOK ONE! When Wally West, the adolescent nephew of the Flash's fiancée, accidentally gained powers of superspeed, he became the Scarlet Speedster's sidekick.

Growing up as his hero's protégé, Kid Flash had a childhood of amazing action and adventure. But on the day that The Flash died, Wally's carefree adolescence abruptly ended and his life as an adult began. THE FLASH BY MARK WAID BOOK ONE looks back at Wally's earliest days as the Kid Flash and explores the gamut of his emotions and experiences from his first day as a child hero to his succession of Barry Allen as the new Flash. A journey full of humor and drama, this story shows just how much Wally West loves being the fastest man alive.

As a part of the acclaimed DC Comics--The New 52 event of September 2011, the first six issues of the critically acclaimed new Wonder Woman series are collected in trade paperback!

Hippolyta, queen of the Amazons, has kept a secret from her daughter all her life-and when Wonder Woman learns who her father is, her life will shatter like brittle clay. The only one more shocked than Diana by this revelation? Bloodthirsty Hera-so why is her sinister daughter, Strife, so eager for the truth to be told? Superstar writer Brian Azzarello creates a new direction for one of DC's best-known heroes, with spectacular art by Cliff Chiang and Tony Akins!

Welcome to New York. Here, burning figures roam the streets, men in brightly colored costumes scale the glass and concrete walls, and creatures from space threaten to devour our world. This is the Marvel Universe, where the ordinary and fantastic interact daily. This is the world of MARVELS.

Follows thirty-five years of Marvel superhero action from the perspective of Phil Sheldon, a newspaper photographer who witnessed some of the more spectacular battles and events.

Psylocke, Archangel, Deadpool and Fantomex sign up for Wolverine's secret squad of assassins, but their first mission - to deal with the despot Apocalypse, reborn as an innocent child - casts a long shadow. As X-Force struggles to come to terms with their acti ons, startlingly familiar Deathloks att ack from the future, targeting Fantomex for an early execution! And when Archangel unravels, picking up where Apocalypse left off , X-Force must travel to the one place that holds the key to saving him: the Age of Apocalypse!

The Avengers and the X-Men have been called together to decide the final fate of the Scarlet Witch, whose reality-altering mutant powers threaten the fabric of the Marvel Universe. As the heroes argue for the life of their former teammate, a wave of white light engulfs them all. In just an instant, the entire Marvel Universe is changed forever!

Experience the gritty and uncompromising Punisher MAX from the very beginning!

When a mob hit killed his beloved wife and children, Frank Castle became the Punisher - an unstoppable one-man army waging war on every piece of criminal scum plaguing New York's streets. But do the Punisher's origins trace back even further?

In 1971 Vietnam, Captain Castle's platoon faces a Viet Cong attack...and to survive, he must make a grim choice. Then, Punisher's old partner Microchip, long thought to be a casualty of Castle's war, resurfaces with a startling offer!

Experience a brand-new kind of Iron Fist story, one steeped in legends and fables stretching back through the centuries! Orphaned as a child and raised in the lost city of K'un-Lun, Danny Rand returned to America as the mystical martial artist Iron Fist - but all his kung fu skills can't help him find his place in the modern world.

After learning that the legacy of the Iron Fist holds more secrets than he ever dreamed, Danny is invited to fight in a tournament against the Immortal Weapons. At stake is the life of his friend, the legacy of his father and mentor...and the future of K'un-Lun!

Legacy. Magneto. Gambit. Basilisk. In a world where the X-Men never existed and mutantkind has been hunted to extinction, the few remaining mutants make their last stand. Who are they? And just how far will they go to survive?

The greatest heroes in comics, together as one unbeatable team!

The Avengers "go large," expanding their roster and sphere of influence to a global and even interplanetary level. When Captain America puts out his call, who will respond? The answers will surprise you! The Avengers' first mission takes them to Mars, but the secrets of the Garden lead right back to Earth's Savage Land! And when the Shi'ar Imperial Guard are broken on a dead moon, the Avengers travel across the galaxy to batt le an invading force.

It all leads up to the secret origin of the universe itself, as Captain Universe races to decipher the code hidden in the Avengers' recent adventures! Jonathan Hickman takes Earth's Mightiest Heroes to the next level with big threats, big ideas and big idealism. These are the Avengers NOW!

The Avengers vs. X-Men event spills over into the all-action Versus - offering extended, blow-by-blow accounts of fan-favorite matchups, as chronicled by an incredible array of comic-book talent! Unstoppable optic blasts meet immovable shield as Cyclops faces Captain America! It's the ultimate grudge match as Thing grapples with Namor! Sparks fly as Iron Man clashes with Magneto! Love hurts as Black Panther battles Storm! Thrill to these bouts and more, served up by a titanic tag-team of Marvel's biggest writers and artists. It's Avengers vs. X-Men

The biggest event to hit the X-Men in ten years is here! Just when it looked like there was no possibility of a future for mutants, hope arrives. But the X-Men aren't there to meet it - The Marauders and Purifiers beat them to it. Now the race is on to get the first new mutant since House of M!

An ultimate clash between Norman Osborn's Avengers and Cyclops's X-Men is influenced by the mysterious loyalty of Emma Frost, in an anthology that includes Utopia & Exodus.

Norman Osborn runs the Avengers, promising America a new day of safety and security. Cyclops leads the X-Men-- determined to free mutantkind from the forces of cold, impersonal, unreasoning institutional racism that threatens them. Both leaders are locked in a high-stakes chess match with the prize being their respective visions of utopia, and Emma Frost the one piece that could make either the winner! But which side of the board is she on? Plus: Who are the Dark X-Men? Find out the secrets behind this uncanny assemblage of mutants-- including Cloak, Dagger, Daken and Namor, the Sub-Mariner!

Wanna see more popular books from reddit? here is the best of all time.